Boys from Slade Green are Under-represented in Hollywood films 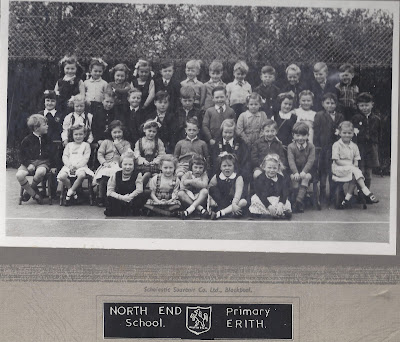 I was born in Dartford’s West Hill hospital, which once provided maternity facilities for those who lived in Slade Green. Slade Green was an area sandwiched between Erith (which was a Borough) and Crayford (which was an Urban District), both within the county of Kent.  But by the time I was born, this part of north-west Kent was really part of south-east London and is now legally so - Slade Green is within the Northend ward of the London Borough of Bexley. In other words, I lived in a place which had no real identity or boundaries.

I lived in Slade Green from birth until the age of eight when we moved to Dartford. So you might say that I passed half of my boyhood there, not quite a tenth of my life.  I could claim to be a boy from Slade Green which I think of as some kind of outgrowth of Erith rather than of Crayford.  The postal address was “Slade Green, Erith, Kent” - I used it frequently to head  Thank You letters to aunts and uncles - and the nearest town for shopping was Erith.

Google can’t find many people who claim to be or have been from Slade Green; Jade Anouka (1990 - ) was born there and that’s the only notable name I can find. For Erith as a whole, there are well-known people who were born there including the humanist and socialist comedian and writer Linda Smith (1958-2006) who joked that Erith isn't twinned with anywhere but it does have a suicide pact with Dagenham - the giant red neon Ford sign prominent on the opposite bank of the Thames. And another one:

Erith is in Kent - the "Garden of England" - I can only assume Erith is the outside toilet because it is a shit house.[1]

A 2014 post on Reddit in answer to a question from someone thinking to move to my home territory has this to say:

“Erith is crime central, and Slade Green has absolutely NOTHING going for it.”

That’s not untypical of what I can find and I doubt it’s untrue. Now to the point.

I don’t know the answer to that question for Hollywood, but do know that it is reckoned to make sense in many other contexts and that the answer is that those from under-privileged / deprived / poor backgrounds are often under-represented. Bankers, lawyers, politicians, museum directors …. well, they don’t come from Slade Green-like places.

My country has a state broadcaster which now has a website where every day there are feelgood stories of the form “ So-and-so becomes first X in Y” or (less satisfactorily) “first openly X in Y” and “first X in Y since …” . These stories often irritate me because so many assumptions are quietly smuggled in with the story. Why is it a good thing that the Church of England now has its first black female bishop?

The Church of England is, from where I stand, a small but extremely wealthy (the bishops all live in what are called Palaces) religious organisation which attends to the needs of the highest in the land for infant baptisms (a reprehensible practice), weddings and funerals. And that’s about it. It has little to commend it. What is a black woman doing selling her soul to this organisation, I wonder? Why isn’t she - let’s say - a Quaker? (The BBC has not heard of Quakers; its website likes to keep things simple. There are Roman Catholics - the BBC is very much in their favour - there is the Church of England  - the BBC doffs its cap -  and nowadays there are Muslims - excellent chaps. But that’s it.)

The BBC would not feature a piece claiming “First woman to head the Institute for Torturing Political Prisoners” because it gets the point that torturing people is not very nice. The Church of England is not very nice, but it doesn’t get that.

Even at the apparently simple level of male:female representation, there has to be some thinking about what counts as “gender balance” though I prefer “sex balance” since gender is a complicating factor. Fifty:Fifty looks like the right answer. But for a large organisation which has to deal with changes in the available labour force, the legacy of past training practices and so on, fifty: fifty is not a reasonable target. It would force employers to take on less qualified candidates just to keep the balance at a point in time. What might be a reasonable expectation and aim would be to keep variation in, say, the 45 - 55 range, either way, over a period of time. Affirmative action is then required if the actual figures gravitate to the outer limits of the range but otherwise everyone can just get on with their regular work.

Even then, there are difficult cases to consider. I offer just three: midwives, coal miners, primary school teachers.