The other day, I recorded my first podcast. Since I had not been in a recording studio for many years, the sound engineer suggested that I make a sample recording - just a few minutes long - and then listen to the playback before returning to my soundproof booth to do the real thing.

I sat down with the engineer and he pressed Play on my sample. What do you think? he asked at the end. I sound a bit posh is what came out, immediately. He was surprised (maybe he had heard no poshness) and puzzled, Is that a bad thing?

Well, yes and no. Yes, because it may give listeners the wrong idea about me. I didn’t start life with a posh voice; I acquired one as a result of succeeding educationally and thereby becoming socially mobile. But I’ve always liked to think that my voice has not been quite so mobile. I still recall once meeting a university acquaintance from a similar background but a decade after we had both left Oxford. I was appalled by his accent, Oxford and affected. But it probably wasn’t affected at all; it’s likely that he had just assimilated more easily.

Now here am I, someone who hasn’t taught a university seminar or been to a middle class dinner party for twenty years, placing myself in front of a microphone and immediately, to my own ear, sounding posh. Maybe the subject matter explains it: I was reading something I had written about Milan Kundera’s theory of the novel. Maybe if I had been talking in a less scripted way about my childhood or a pet hate I would have sounded different.

I had other criticisms of my first attempt. My voice was too high pitched - first night nerves; I spoke too slowly - I was afraid of stumbling over words, an age-related hazard. And when I listened to the final product, I thought I sounded a bit camp. The editor of Booklaunch (Stephen Games) who had requested the podcast picked up on the last two aspects, asking that in any future recording I should be a bit faster (but not less dramatic).

But there is a case to be made for the poshness. The voice in which I read my piece about the novel was appropriate to the subject matter. It was full of words I never learnt as a child, only much later from teachers and friends. If I had read it in my original accent, it would have sounded false because a listener would realise that those words being spoken in an identifiably lower class accent would never have been spoken in a lower class home. That falseness would have been more distracting than the poshness. In contrast, if someone who had grown up speaking with a Scottish or West Indian accent had read my piece for me, it would be less distracting or not distracting at all because those accents are not in themselves class-related. In middle and upper class Scots and West Indian homes, one also talks about the novel.

To hear the finished podcast, go to
https://www.booklaunch.london/spring-2019-page-13

Posted by Trevor Pateman at 05:50 No comments:

Labels: Oxford accent, social mobility and accent, the grain of the voice 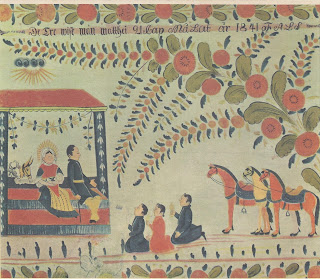 
Like death and taxes, memory losses are inevitable. We may swear to ourselves or to someone else that this moment will never be forgotten but it will, even before old age or worse sets in. As psychologists keep trying to tell us, to little effect, our minds constantly reorganise our memories: deleting, mislaying, editing, revising, inventing. Our memory is a bit like Microsoft run amok, improving or weeding to its own satisfaction yesterday’s Word docs while we sleep.

There are things I would like to write about but when I sit down to it, I promptly discover that I remember no more than the file name. Oh, they are splendid file names but standalone they do not make a splendid story.

The objects which pass through our hands perhaps have a bit more success in being there when we want them. It’s true that we lose things, bin them, give them away, forget where we have put them but, still, some survive and often for much longer than the memories which we may hope to find still attached - but don’t.

Today I come across this charming card which has managed to accompany me through many house moves since it was purchased in 1964 - fifty five years ago! The summer of that year - I had just turned seventeen -  I organised for myself a holiday job in Sweden, working in the Hotel Siljansborg situated beside Lake Siljan in the province of Dalarna.

Everyone is familiar with one Dalarna thing: those simple, chunky carved wooden horses painted in bright colours (traditionally red) with simple floral decorations in green, white, blue and yellow - the last two the colours of Sweden’s flag. When I came to the end of my time at the Hotel Siljansborg, I was given one as a leaving present and I still have it.

The carved horses were a portable part of a larger tradition of visual folk art, centred in Dalarna, which flourished in the eighteenth and nineteenth centuries and which produced painted furniture and wall decorations in which the floral motifs ( the technical name is Kurbits and I was able to google it because I still remembered the word) are always present.

My card has pin holes in the top corners so at one time I must have displayed it. A horizontal banner across the top spells out what the original depicts: De Tre wise man matthei 21 Cap Malat ar 1841 an A L S  ( The Three Wise Men Matthew chap[ter] 21 Painted [in the] year 1841 by A L S ).

Aren’t they splendid? Not a whiff of the Middle East. No donkeys or camels to bring them to the stable, just fine Dalarna horses. The three kneeling figures who could have been modelled on the local priest or lawyer - maybe they were; a rather patrician Joseph and a matronly Mary, her black leather shoes peeking out from under her full skirts. It looks as if having babies is something she takes in her stride.

We are very familiar with the idea that human beings fashion God in their own image; in Dalarna, they imagined the Nativity as something which happened not so long ago and just down the road. But I suspect that their religious beliefs were at least as robust as those of people who were brought up on donkeys, flowing robes, and sandals. But either way, the Dalarna folk artists were thinking rather like those who re-thought Shakespeare as West Side Story.

On the back of the card, the work is titled De tre vise men (modernising the spelling) and given as originating from the small town of Rättvik which provided the postal address for my hotel. Then it gives the current location of the work as the Zornmuseet. That opens a file: one day, during hours off work, I walked to the Anders Zorn museum in Mora. It googles and I am immediately offered a portrait of the artist (1860-1920) which I recognise as one of which I took away a postcard. But though I can google as much of his work as I want, I can’t see the folk art which must also have been in the museum.

I  google a bit more. It is out of the question that I walked. Mora is 37.8 kilometers from Rättvik!

The World Memory finds and opens its files for me in half a second and, once again, forces me to revise my own memory.

*
This essay is now published in Trevor Pateman, Between Remembering and Forgetting (degree zero 2019). Online stockists include Amazon and Waterstones but individual orders are also taken directly at patemantrevor@gmail.com and will be charged at cover price post free in the UK at £15 and 20€ when payment is made from SEPA countries direct to a German bank account. Currently no US distribution available.

Posted by Trevor Pateman at 14:07 No comments: